“Be curious, be patient, learn how to listen and be assertive.” This is the advice that the ceo of the building materials and diy chain Brico Dépôt Romania has for young people who are just starting out in their careers. Adela Smeu’s working life has taught her that self-sufficiency is not a solution and that all opportunities have to be taken, whether at school or at work. 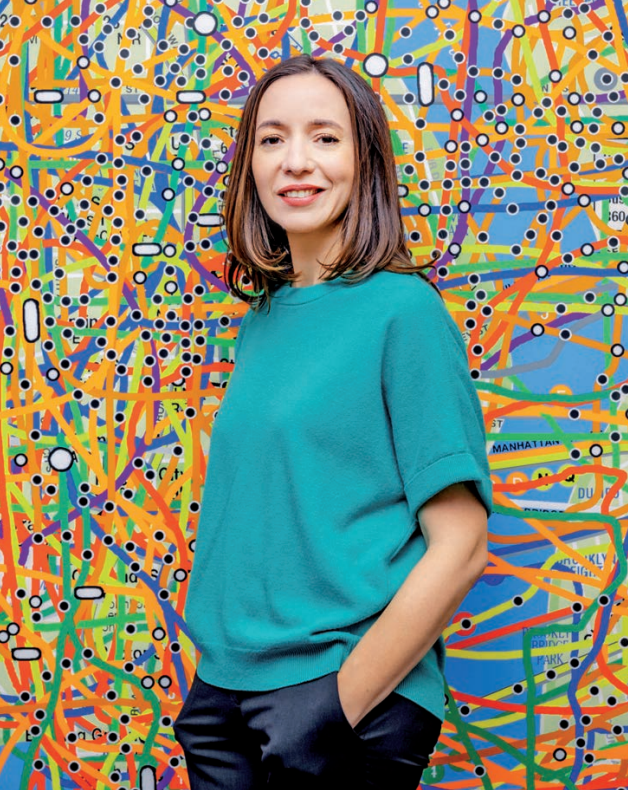 Also, going into things in depth is essential when you want to make progress, she says. These are just a few of the lessons she has learned so far.

“I took on the challenge of becoming CEO at an intense time in my personal life when my children were just over three years old and just over a year old respectively”, Smeu recalls.

She had been working as CFO at the Kingfisher Group in 2017 when she was appointed to a more senior position: CEO. Brico Dépôt had just bought the Praktiker chain of stores from Omer Susli, and she assumed the helm while the parallel processes of business integration and transformation were still under way.

Smeu began her career in the Timișoara office of consulting firm Coopers & Lybrand, which went on to become PwC, and later went to Bucharest. She says her six years at PwC laid the foundations of what she later went on to become in professional terms, and also had a big impact on her personal life because during her time there, she got to know many of the people she now calls friends.

“During that period, I audited companies in different industries and was involved in consulting and M&A projects. I learned how to adapt to different environments and talk to people in different sectors.”

After six years, she left to join the audit team at United Technology Corporation (UTC), which owns OTIS Elevators, Hamilton Engines, Sikorsky Helicopters and Carrier. She lived in Paris for nearly four years and travelled around Europe, the United States and South Africa, coordinating internal audit and consulting projects. It was a period full of personal discoveries as well as travels.

In 2008, when the German DIY retailer OBI came to Romania, she became the company’s CFO and supported the group from the time when it opened its first few stores to the time when it ceased trading in Romania. While in this role, she went through both a period of building and excitement, with store openings and new colleagues and processes, and also the major financial crisis of 2008 with the closure of all of the stores and the laying-off of the entire team.

She joined the Kingfisher Group – the owner of Brico Dépôt – in 2015, and since January 2020, she has also been a member of the Kingfisher plc Executive Group. Today, Brico Dépôt has 35 stores in Romania, and they turned over RON 1.4 billion in 2020.

“I have appreciated every stage of my career so far, because all of them have made their mark on me. Speaking in general, I can say that my biggest achievement was getting the chance to get to know and work alongside professional people all over the world in many industries who had a range of professional backgrounds. I cherish working relationships, which have often turned into long-term personal relationships”, Smeu says.

For her, the ideal job is one where people change the vibe for the better every day, new things happen every day and there are new things to learn every day, because, the CEO of Brico Dépôt says, she doesn’t have all the answers. But if that’s what an everyday job looks like, what is an ordinary day in the life of Adela Smeu like?

"I’ve learned that it’s okay not to have all the answers, because a leader isn’t necessarily the person who knows everything."

“First of all, it begins with a balanced breakfast for the children and the drive to school. Right after that, there is usually an intense day, like most of my days over the last year and a half. I spend most days in the office, even though a lot of my colleagues at the headquarters have chosen to work from home. At the moment, we’ve got our eyes glued to the news so we can find out what’s going on and what’s changed.”

Every day is full of videoconferences and emails – sometimes too many, Smeu says. But she has learned that it’s essential to set aside time for analysis with no meetings and for reading and replying to emails at leisure, and that she also needs to fix up meetings with people outside the company with whom she can share impressions or discuss projects.

As for challenges, the last two years have brought her no end of them, from numerous business transformations to completing the process of integrating Praktiker and the COVID-19 pandemic, all of which put pressure on her.

“Retail never stands still, and it is changing a lot with the aid of technology. The winners will be those who understand and can adapt to customers’ rapidly changing needs – the companies that put the customer experience first, don’t stop when they have reached a desirable level, and try to delight customers in any sector.”

As for DIY, the segment that Brico Dépôt trades in, Smeu says that company studies show that a new generation of young people has discovered DIY during the pandemic and has found out that it’s cheaper, safer and even enjoyable to take on small DIY tasks without expert help.

“I think these new trends – working from home or anywhere, DIY as a hobby, the home as a centre for our activities and wellbeing in our own homes – will have a positive effect on the DIY market.”

Her current job challenges her constantly, but should she ever happen to lose it, she already has a few plan Bs in mind: going back to the financial sector, working in consulting for different companies, or – why not? – teaching. For now, she is limiting herself to teaching a few of the business lessons she has learned from her working life.

“I’ve learned that it’s okay not to have all the answers, because a leader isn’t necessarily the person who knows everything. I’ve learned to surround myself with high-calibre people who can be my official or informal mentors. I’ve learned that relating to other people is important, that the success of a project often depends on your ability to involve those directly concerned in due time, and that I can learn something from everything that seems difficult or impossible. I’ve learned to break things that seem very complicated down into pieces after firstly putting them into perspective.”

The most difficult thing in her job, Smeu says, is taking decisions without having all the facts or in an extremely volatile environment, and the most helpful thing is being able to trust in her colleagues’ expertise and independence. None of the jobs she has had so far have bored her, perhaps because she has never followed the beaten track or taken the easy road as far as changes in her career are concerned. Regardless, she wouldn’t change anything about her journey so far, even though as a child, she didn’t see herself being where she is now.

“I grew up as the child of teachers, so naturally I wanted to become one myself, when I wasn’t wavering between the ideas of becoming a doctor or a TV presenter. Seriously, though, I never had a very strong desire to get into any particular career. But I remember that when I was an upper secondary school pupil and travelled across Europe for the first time in an old coach towards Holland, when I passed through the financial district in Frankfurt, I was impressed by the tall glass buildings. I said to myself then that it would be great if I could work in an office like that.”

Maybe she wasn’t thinking about that when she chose to study economics at university, and instead went there for the same reason as many others in her generation: because it was a fashionable choice at the time. But it just so happened that she liked it a lot and it was a perfect fit for her. Yet she continues to learn things even now, because as she said, she doesn’t have all the answers.

That’s why, if she packed her bags for a journey to a desert island, as well as bringing her phone so she could keep in touch with her family and friends, she would bring a few books, because reading is one of her passions.

“I’m someone who likes learning new things all the time, and I think every book we read can enrich us and help us to broaden our horizons.”

As well as books, people also enrich her – especially those who can be brave, are not self-sufficient, ask questions and ask themselves questions, have ethical principles and are “people in the true sense of the word”, and know how to be firm but fair and take tough decisions sometimes, while not forgetting to show empathy.

“I’m inspired by those who, regardless of their position in the hierarchy or society or their level of education, know how to listen and do good, don’t forget to smile and say a kind word, and pay attention to others’ needs. I’m inspired by those who take responsibility and take their role seriously, whatever it may be”, Smeu concludes.