“Delivery in half an hour will eventually spread to every sector”

The CEO of the DIY Group that operates the Castorama brand in France talks us through the changes triggered by the Covid crisis and the relentless rise of e-commerce. In the view of the former Head of Carrefour China, remote working is going to be a driver of home improvements – especially since houses became a safe-haven asset under lockdown – and one of the roles of stores will be to prepare orders placed online by busy consumers. 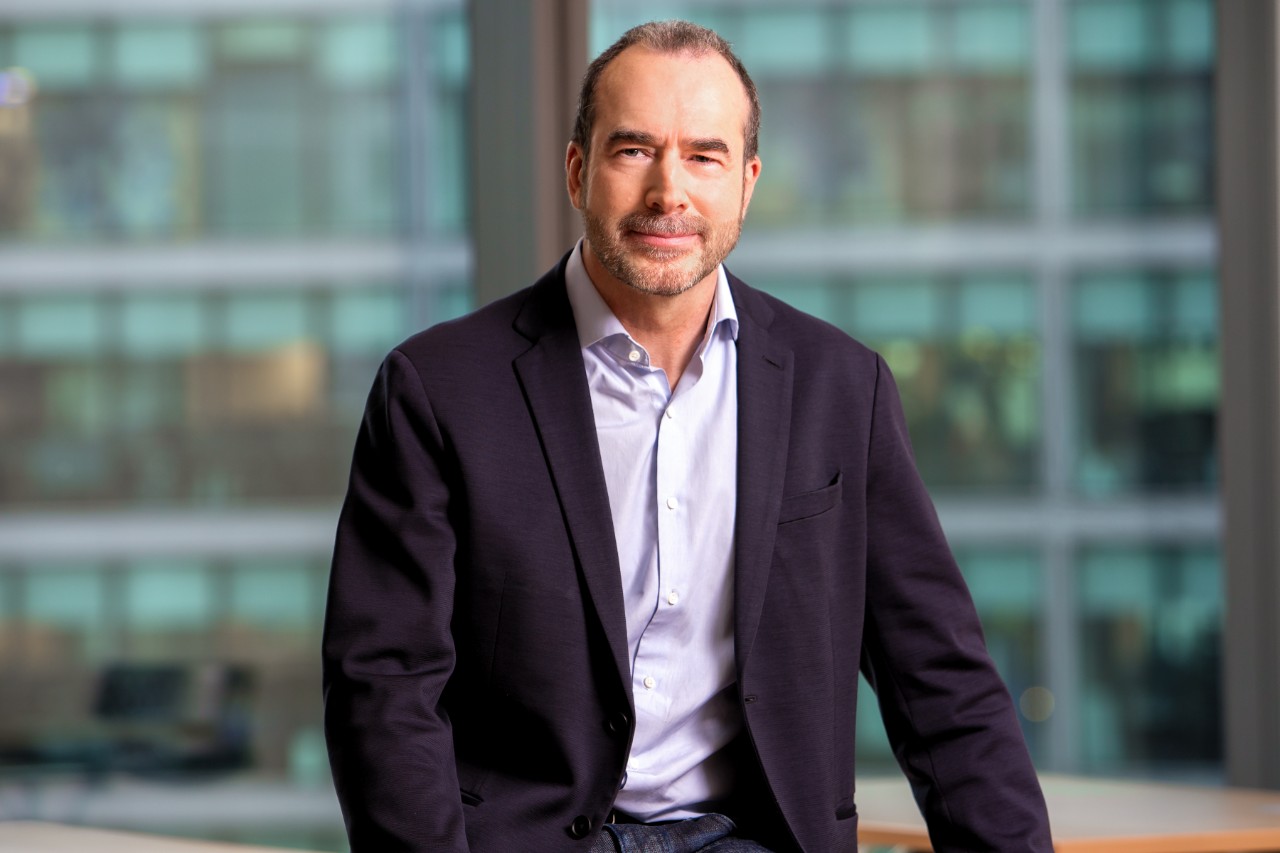 Les Echos - How does a leading DIY Group like yours get through the Covid crisis?

Thierry Garnier - We reported a 64% increase in sales in the first quarter, but that doesn’t mean much, because in early 2020, at the time of the first lockdown, our stores were closed. But the increase compared with 2019 is 23%, of which 18% was generated in France. This is the result of our strategy. We’ve increased our market share. While our e-commerce business accounted for 8% of our total sales 18 months ago, it now accounts for 21%. Needless to say, we’re also benefiting from a favourable economic climate. The crisis has triggered the need for home improvements. People have been spending more time at home. Faced with the need to work remotely, they’ve set up and equipped specific spaces to do so. What’s more, lots of people have saved money, and DIY was one of the only leisure options open to them.

Is this trend set to last?

T.G. - In retailing, it’s hard to see a long way into the future, but I think so. Remote working, or flexible working, is going to increase throughout Europe. The United Kingdom is already a long way down this route. But even if people only work from home one day a week, that’s already 20% of their working hours spent at home. This leads to more wear and tear. The home takes on a more important role and needs to be rearranged accordingly. On top of this, property transactions are at record highs, especially at a certain distance from cities. And after moving, people usually spend the next 18 months doing work on their new house. Lastly, our studies show that the 18-34 age group has taken up DIY: 20% have recently done it for the first time, 55% have been doing it much more and 75% enjoy it. This will leave its mark.

How far do you think you can go with e-commerce? Do you think – as some sources are forecasting for China – that over 50% of retail trade might soon be done over the web?

T.G. - When I was running Carrefour China five years ago, Alibaba and Meituan started offering home delivery of meals on an industrial scale. Then they asked us to help them deliver consumer goods. The task was complicated: it involved preparing orders in 15 minutes on a “pick in store” basis, which means taking goods straight off the shelves, and then delivering them in 15 minutes. But that challenge has now been met and delivery in half an hour from the time of ordering has become normal. We didn’t think it was possible, then we realised it was. Alibaba set up Hema, a small, 1,000m2 store capable of preparing up to 10,000 orders per day. Five scooters set off every minute to make deliveries. It’s a real logistical challenge. In France, at the time, supermarket bosses were happy when they were managing about 20 orders a day… At Kingfisher, at the start of the first lockdown, we started off tentatively and then picked up the pace. The largest B&Q stores now handle 1,000 to 1,500 orders per day. Castorama passed the one million mark for Click & Collect orders in 2020. Screwfix, our brand aimed at professionals, prepares Click & Collect orders in 1 minute. So I think e-commerce has the potential to go a long way.

Some people are bound to ask, is it really necessary to get orders delivered in 30 minutes?

T.G - Some people will say it’s not essential and that it adds to pollution. But the demand is there. More and more customers automatically have this expectation, especially young people. It becomes a habit. People notice they’ve run out of bin liners, order them straight away and then get on with something else. It’s the end of the shopping list as we know it. It’s no coincidence that Amazon has acquired a stake in Deliveroo. And eventually it’ll spread to every sector.

Does this mark the end of bricks & mortar retailing?

T.G. - Not at all. Quite the opposite, in fact: having a large network of retail stores – our Group has 1,380 – is a big asset. A physical store is a convenience. Experts are on hand there to advise people, and that’s very useful in DIY. Stores also have showrooms, displaying products such as kitchens, and can be used for preparing online orders too. You can even set up dark stores for the most frequently ordered items. Walmart, whose growing dominance in the United States is compared with Amazon in the world of e-commerce, is increasing its portfolio of intermediate distribution centres of this type, so that customers can get their orders in one or two hours. We already have 56 B&Q and 15 Castorama dark stores. It’s up to us to adapt and gain a competitive advantage, in the knowledge that it’s difficult to get deliveries from big warehouses to customers in one or two hours, because of the distances involved. At Kingfisher, we already prepare 1.2 to 1.5 million orders per week, and 90% of these go through stores. Three times out of four, customers pick up their purchases from a store, using Click & Collect.

Won’t there still be too many stores or too much floor space in the future anyway?

T.G. - We think we’ll need more stores, although some of them will be smaller. That’s why we’re road-testing a mini “Casto” in Lille. Some of our Castorama and B&Q stores are too big, but one solution could be to offer space to other brands. B&Q has done this with Asda in the UK, for example. The same thing could be done with furniture or home decoration stores, because they complement what we do. It generates extra footfall. Lastly, we could set up stock-holding areas for very high-turnover products ordered online.

Shouldn’t there be an additional cost for 30-minute delivery?

T.G. - Price remains at the heart of the retail business. But it’s true that express delivery has a value. Tradesmen know that quick deliveries to their work site have a very real value. For the mass market, this is probably less true, but since the service exists and there’s now real price transparency at national level, the price of this service will have to be charged. A subscription model is definitely a good solution, otherwise the extra cost needs to be shared between the store, the service provider and the customer.

T.G. - You have to admire and respect your competitors, but not be afraid of them. You can learn from their success. For example, we’re looking at the merits of opening a market place ourselves, to extend our offering, but we have specific assets, like our stores and our own brands, which account for 44% of our sales, to differentiate us. We have designers, good suppliers and skills in materials and logistics. We’ve managed to come out of the crisis ahead of time, by placing orders and booking containers… At the end of 2020, we put our money on growth and we now have a better rate of in-store availability than we did six months ago.

Doesn’t the rise of multi-channel retailing change the game in terms of human resources?

T.G. - Like all retailers, we’re stepping up the number of automatic payment systems we have. But we need more staff in logistics, order preparation and as customer advisers. We employ 79,000 people worldwide. We took on over 4,800 new employees in 2020, including 1,700 in France.  And that’s not counting the 1,200 people recruited under combined work and study programmes last year, of whom we’ll be taking on another 500 this year. We’ve launched a worldwide employee stock ownership programme, and over 9,000 staff have signed up for it, which shows how confident they are in our model.

Lots of retailers have pulled out of other countries to focus on their domestic or continental markets. Does this mean international expansion is no longer strategic?

T.G. - Retailing is a capex-intensive business. Investment needs, in e-commerce in particular, have prompted us to make some strategic changes. But growth is an essential driver, and I don’t think it should be founded on a single country. Retailers can operate in several markets if they select them better than they used to. Walmart concentrates on North America, India and China. Suppliers give preference to retailers that generate growth. And employees need growth to keep motivated.

Having said that, calls for de-growth for environmental reasons are on the increase, aren’t they?

T.G. - I’m an optimist and I believe in positive progress. We’re a responsible Group. In 1993, we were among the founding partners of the Forest Stewardship Council, whose certification guarantees that the wood we use comes from responsibly managed forests. By 2025, we’ll be “forest-positive” as a result of funding reforestation programmes. We know that growth can come from several sources. It can come from new types of store but also from better models of consumption. So in DIY, we’re in a good position to help develop the practices of repair and recycling.