“The new DIY boom could last a decade"

In 2020, Kingfisher France increased its revenues by over 3% to 5 billion euros. Alain Rabec, who has headed a line-up of 123 Brico Dépôt and 93 Castorama stores since 2019, talks us through the reasons for this success. 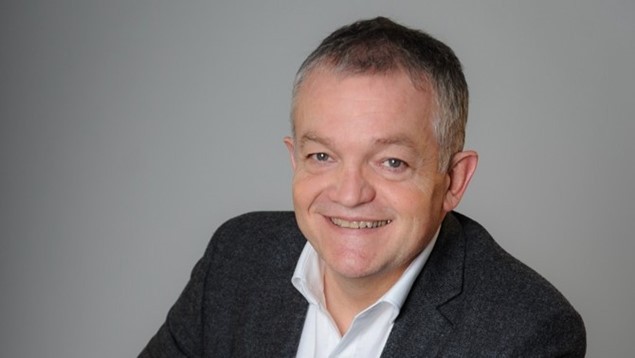 How did the re-opening of your stores go after the first lockdown?

Alain Rabec. We had three priorities, set at group level: protecting our teams, protecting our customers and, as far as possible, supporting the government in the fight against the pandemic. First of all, we re-opened our contactless drive-in click & collect service. Up until now, e-commerce had been at a fairly early stage of development in our sector. The pandemic accelerated everything, moved e-commerce forward by five or six years all in one go, and turned it into an everyday purchasing habit. Customers were attracted by the fact that they could come and collect their goods simply and safely. So we went from recieving a few orders per day through this channel before lockdown, to several dozen afterwards but the service wasn’t widely established at the time.

Has your customer base changed over the past year?

A lot of young people have taken up DIY. Women now make up a higher proportion of our clientele than they used to, across all age groups. The housing market is very lively, especially in the provinces, and this has led to renewed interest in the products we offer. The paint market, which had been shrinking for several years, went through the roof in 2020. We’ve put a number of custom solutions in place. For example, customers can come in with a piece of fabric and go away with a can of paint of exactly the same colour. More broadly, we’re seeing the emergence of an extended idea of the home, as a place where you work, keep yourself safe, keep yourself entertained, and so on. People are getting organised. It’s a trend that’s lasting and picking up pace as the months go by.

Has the pandemic accelerated your strategy or forced you to review it?

It’s accelerated our strategy. We’ve developed home delivery for online orders by setting up 14 hubs across the whole of France. These are attached to traditional stores and serve as delivery platforms to get goods dispatched even faster. Customers like to be able to get stuff delivered, but they also like to come in and see us for advice. We’re going to set up some new online solutions, such as a voice assistant. We need to develop a multi-channel approach and it needs to be seamless and as simple as possible for our customers. We’re in the process of building our future.

Do physical stores still have a bright future?

We’re living in the digital age and our stores have to add value. But they’ll remain a key part of our tool-kit as they’re very important. That's why, in our large stores, we’re putting the emphasis on a certain number of products in our showrooms. We sell fantastic kitchens, with a 25-year guarantee, bathrooms and walk-in wardrobes. People need to be able to visualise their ideas more easily and our sales staff need to help them with this by producing 3D renderings of their rooms.

In 2020, we acquired the French start-up NeedHelp, which connects customers with tradespeople and other individuals to carry out the work they need done. Customers can get help fitting a light or with more complex jobs. This acquisition also takes us closer to our goal of selling not just a product but a solution.

You’re developing new store formats. Does the principle of the Casto Express in Rue Solférino in Lille lend itself to duplication?

We set up our first 400m2 convenience store in the heart of Lille (Castorama has its roots in the North of France) to meet the expectations of urban consumers. A large number of them don’t have cars any more. We keep a limited range in stock on site, while offering the possibility of getting anything in our catalogue delivered within 24 hours. This store attracts the city’s large student population, as well as professionals who face all kinds of traffic restrictions in the centre, so come and pick up the products they need when working on construction sites nearby. We also have older customers, mostly in the morning, who buy consumables, such as cans of paint or ironmongery. We’re firm believers in this format. For the time being, it’s a pilot scheme, but we hope to open two or three stores in the medium term. We’ve also set up an outlet area in Lormont near Bordeaux, which mainly offers clearance goods.

The Kingfisher Group operates in many European countries. Are the changes that you’ve seen in France, in terms of customers and sales channels, equally apparent in other parts of Europe?

We’re seeing same things – such as the rise in online shopping and the growing proportion of women amongst our clientele – to varying degrees across Europe. Practically the same customer bases have emerged, although developments in France are closer to what’s happening in the United Kingdom than in Spain or Romania. Then there are seasonal developments: Poland and Romania have both had heat-waves in June and July, which boosted sales of products such as garden hoses and air conditioners. But there haven’t been any long heat-waves in France (this interview took place in mid-July, ed.).

According to your forecasts, is this DIY boom set to last?

We thought that when the French got the chance to go back to restaurants and cinemas, our business might go through a bit of a quiet patch. The only quiet patch, over a comparable period, is actually seasonal because there haven’t been any continuous periods of really hot weather. But that only affects one category of products. The French are still kitting themselves up. I’m thinking of the big spike we’ve seen in kitchen sales, for example. It’s worth taking a cautious view, but some forecasters reckon that the DIY boom could last a decade.

As women come to make up a growing slice of your clientele, are they becoming more numerous on your staff teams too?

We’ve hired a lot of young people since the beginning of the crisis. In the summer of 2020, lots of students wanted seasonal work, and as business was booming, we were able to recruit 1,200 people. Over the course of 2021, the company plans to recruit 500 people under combined work and study programmes, who will join the 1,200 staff already working for us under this type of programme. In France, 25% of our workforce is under the age of 25, and in this age group, there are as many women as there are men. More broadly, we’re working on inclusion and the role of women in business. We’ve launched a major mentoring and accelerated training project. We need more female managers in our business.